After a successful bid to the LinkedUp Award Scheme, we were awarded funding to undertake a mobile technology project with the MFL departments o four schools in Nottingham, Trinity, Fernwood, Bluecoat and Nusa. This autumn term will be spent getting to use the iPad and iPod Touch in lessons and the research findings will then be published next term.


We met up for the first time in the last week of term in July when an iPad workshop was organised at the North Centre in the morning. In the afternoon, the four teachers in the team were given their very own iPad so that they could familiarise themselves with this long awaited device over the holidays. Our second meeting was before term started – we were all eager to share our experiences of using the iPad as well as share tips on which apps we had found useful. Time was taken to discuss the logistics of using these devices in the classroom, such as wireless access, ratio of devices to pupils and safekeeping. The teachers will be given a number of iPads and iPod Touches to use in their lessons which they will keep until the end of the project, rather than share them within the team. 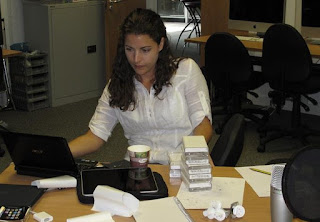 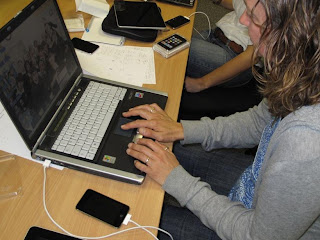 ﻿
If you’re interested in finding out a little bit more about this MFL project, please contact Marie-Line Antoine